The Derringer is our smallest all-around carving longboard. Owing to its surf roots, the `Derringer 28` excels at generating powerful-carves at slow speeds, turning flatland and small hills into rippable, enjoyable, runs. Your mini longboard can be more than just transportation....

The Derringer is our smallest all-around carving longboard. Owing to its surf roots, the Derringer 28 excels at generating powerful-carves at slow speeds, turning flatland and small hills into rippable, enjoyable, runs. Your mini longboard can be more than just transportation. 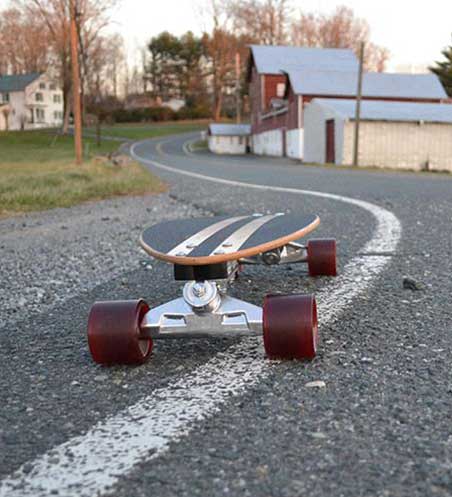 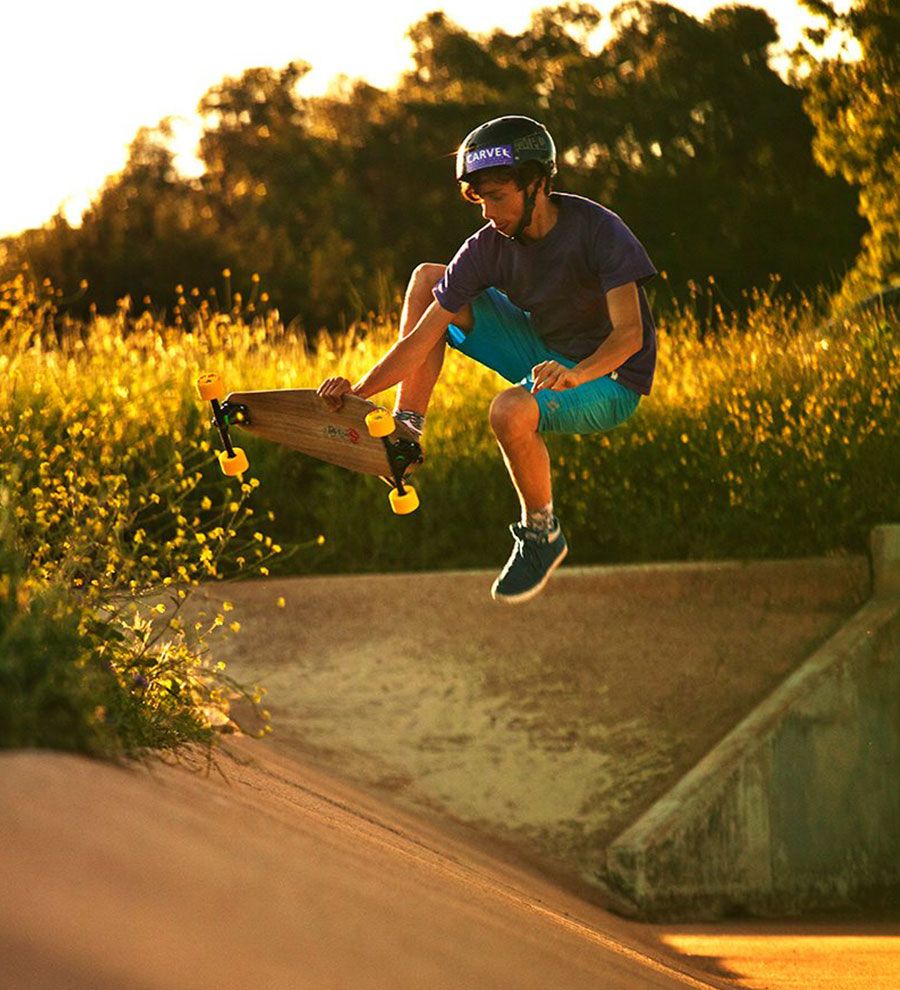 The Derringer, ignites a lively flex and power through the turns that the damp give of maple alone (or waffle molded plastic) just can’t match. If you love the idea of a small board, but demand big board carving performance, the Derringer stands alone. Better yet, don't want to lug around big board? Check out the Derringer. 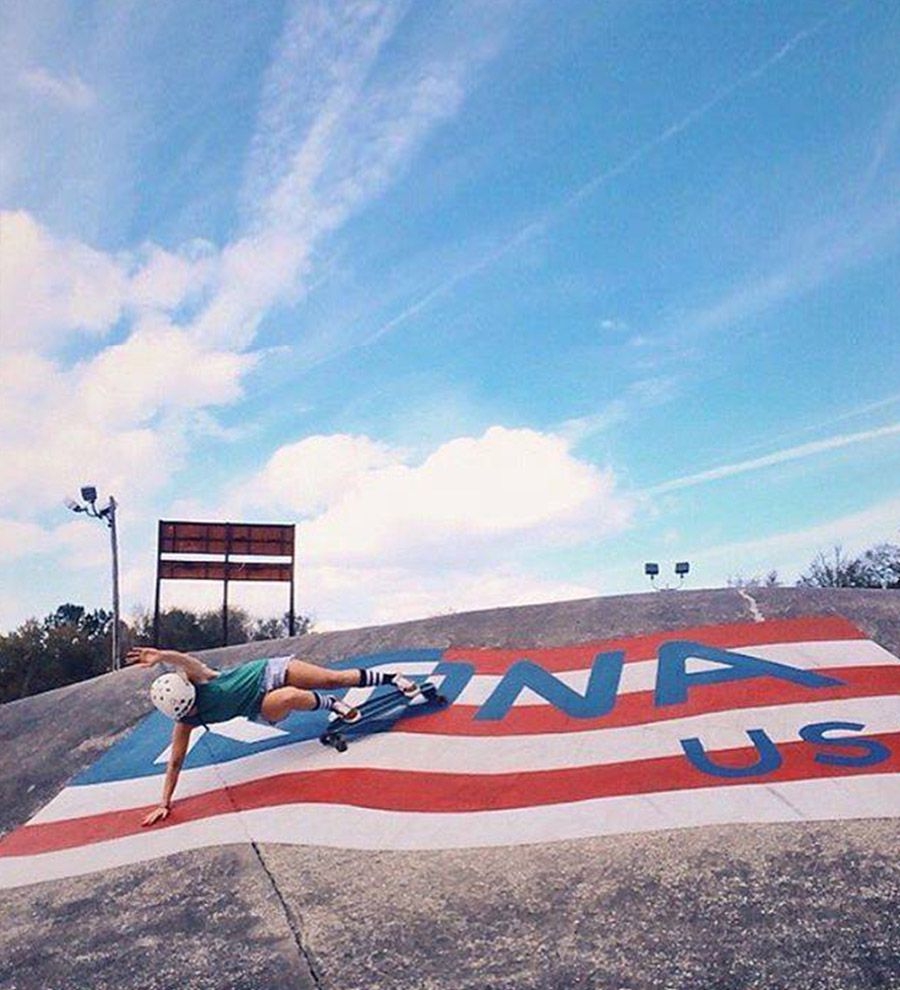 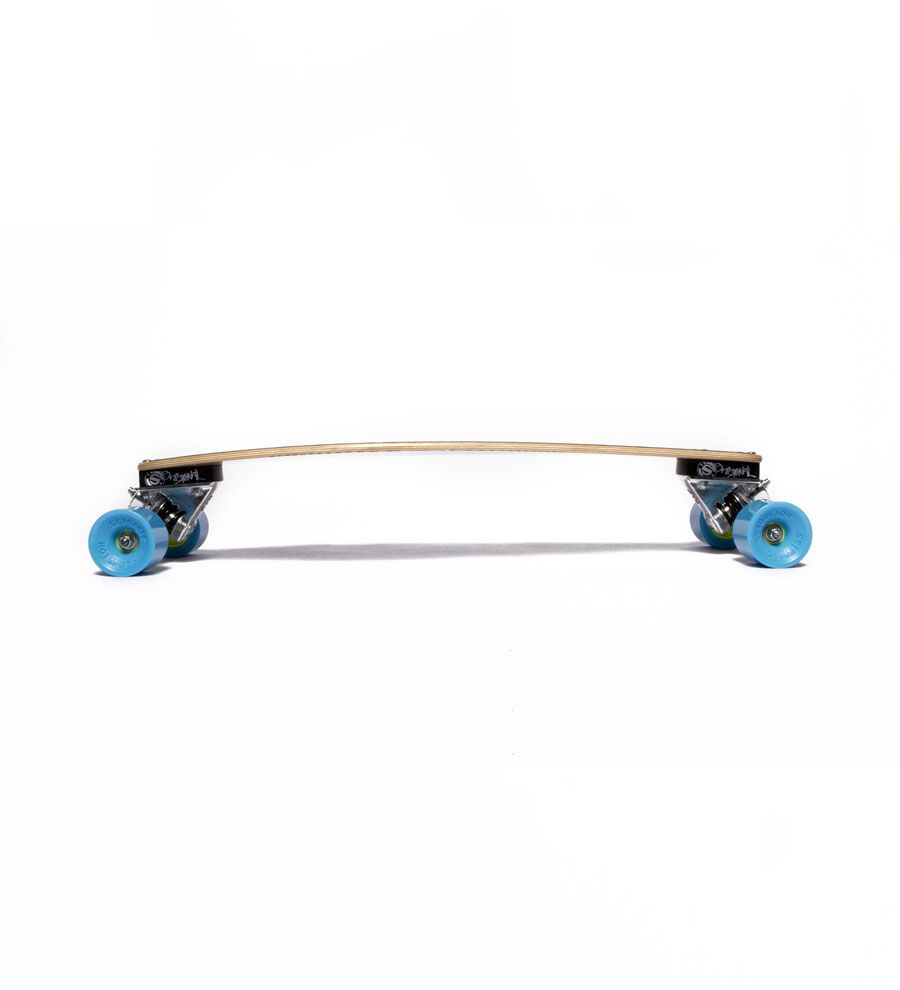 With a face-forward asymmetrical focus on the nose, the Derringer is one of the more unique carving shapes we have designed in the last 10 years. Allowing a riders front foot to actually over lap the forward truck mounting brackets the wide nose of the Derringer generates leverage over your front trucks which translates to fantastic direction control.

The narrow tail of the Derringer pushes flex to the area immediately under your back foot, which is generally ridden just in front of the back mounting brackets. Advanced carvers / surfers have also been known to setup with an even tighter stance (bringing the back foot to the center of the board with the front foot on the nose). This allows the flex to happen behind the rear foot and generates even more power out of every pump.

Mellow concave centered around your front foot allows the Derringer to flex consistently and utilizes the lively rebound of tip to tail fibers beneath you backfoot to generate flex and power.

Since the concave under your front isn’t a part of the flex, your front stance platform remains relatively unchanged during flex keeping your directional control predictable even as your backfoot powers you deep into your carves. While the Derringer may have a shallower concave depth than some other longboards out there, the concave is there for a reason and designed to keep you in control 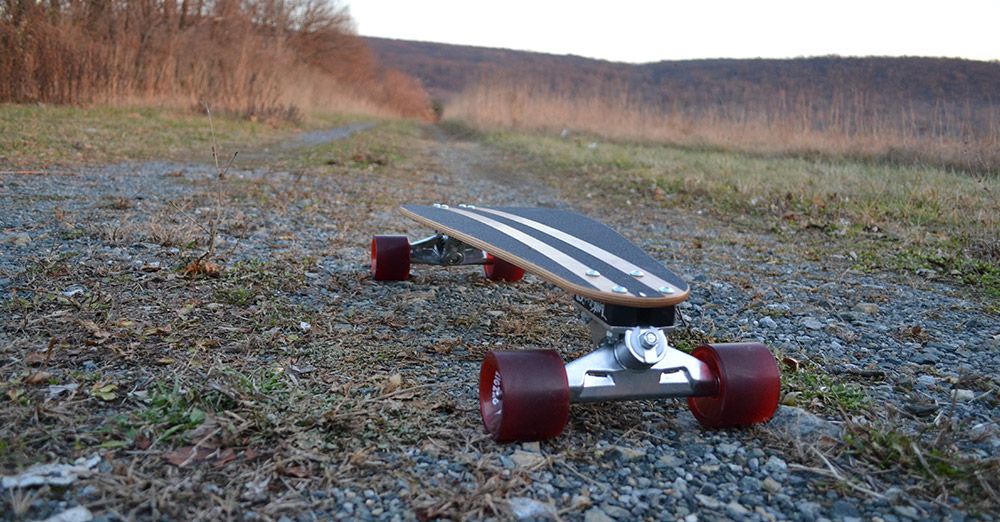 Everywhere you want to ride

The Derringer was developed to ride like the longest carver while carrying like the smallest mini. Flexible to throw you into your next turn and quick enough to pick you back up on the other side, the Derringer is an all around ripper and one of our all time favorite longboards. 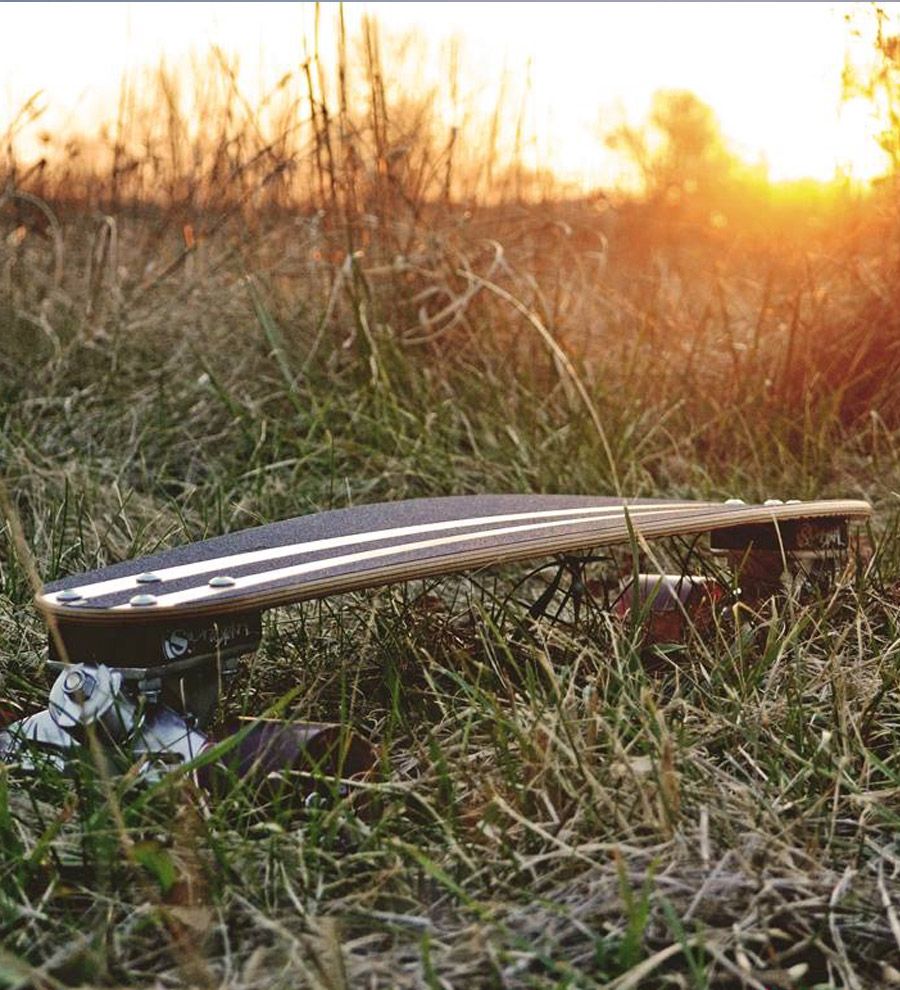 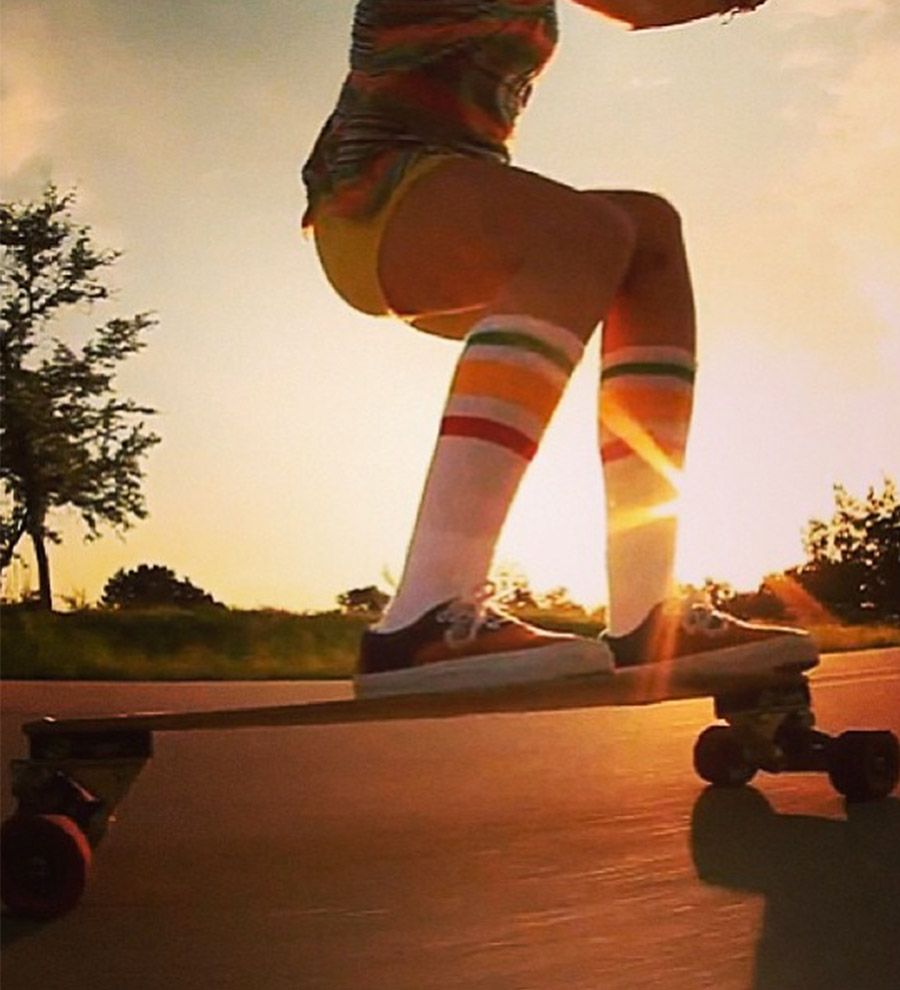 Pintails vs Drop Throughs: Which Longboard is Right for Me?